He has received numerous awards for his artistic and community service including the Distinguished and Audience Favorite Awards at the Ibla International Competition, the Washington State Governor’s Arts Award, the Seattle Mayor’s Arts Award, Puget Sound Business Journal’s 40 Under 40 Award and Hall of Fame Alumni Award from Renton High School. As a filmmaker, he has received the top prize first place at the European Independent Film Awards (Paris), the Bronze Award at the Global Music Awards in Los Angeles and high honors at the New York Film Awards.

Dr. Morris founded Key to Change in 2017 with the goal of providing underserved youth and students of color living in South King County with opportunities to take violin and viola lessons. Since the inception of Key to Change, hundreds of students have had an opportunity to take music lessons, participate in numerous musical outreach activities and learn in a diverse and inclusive environment. At the beginning of the global pandemic, Dr. Morris led a successful pivot from in-person to online lessons resulting in the string studio’s student enrollment quadrupling and retaining over 90% of students who enrolled in the program.

Dr. Morris is an Associate Professor of Violin at Seattle University, where he is the first tenured music professor in over 40 years. He is the second living Black violinist in United States history to receive tenure and promotion at the university level. He is also the Artist-Scholar in Residence at Classical King FM 98.1, where he hosts the radio and video show Unmute The Voices. He is also the former co-chair of the Seattle Arts Commission. 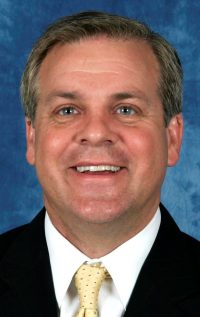 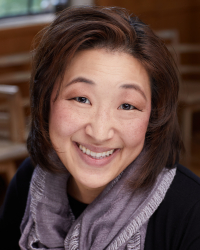 Flutist Donna Shin has been praised for her beautifully-spun phrases, seductive sound, sterling technique, and charismatic exchanges with the audience. Described as “dazzling” by the Boston Globe, Shin has built an enviable reputation as a versatile performer of solo, chamber, orchestra, jazz and ancient Asian repertoire. Performing in concert halls throughout the Americas, Europe and Asia, she is admired for her adventurous programming and expressive flair.

Committed to developing young artists and reaching out to audiences, Shin has introduced new music programs to a variety of communities, ranging from rural Oklahoma to communist North Korea to castle communities in northern Italy. Recent international concert tours include: Brazil, China, Japan, and Uzbekistan.

During the summer months, Shin performs as artist-teacher at the Bay View Music Festival in Michigan, ARIA International Summer Academy in Massachusetts, and Snowater Flute Festival in Washington. Her previous summer activities have included leadership of study abroad performance courses throughout the Veneto region of northern Italy and Young Artist Competition Coordinator for the National Flute Association.